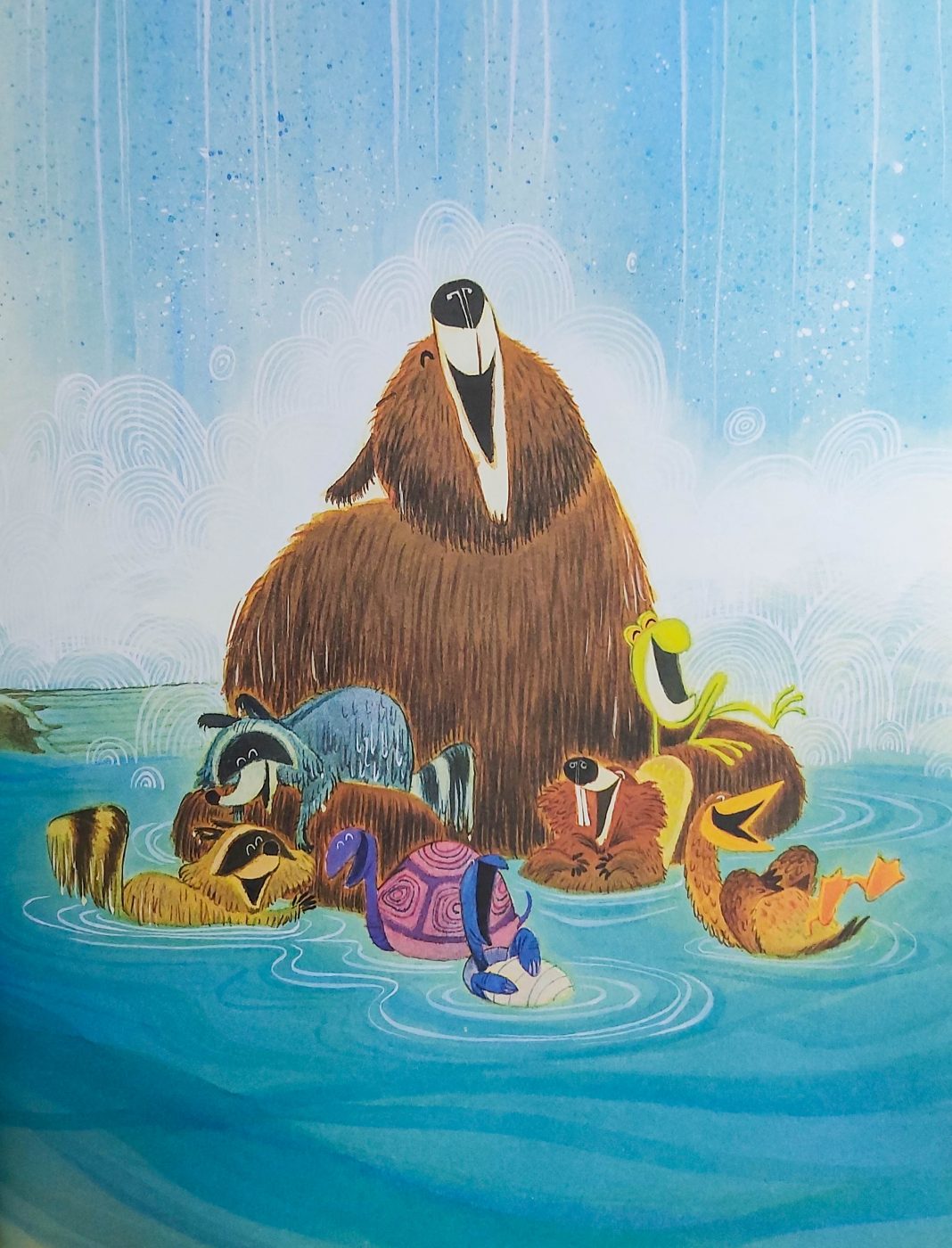 Video Review of Bear Came Along

A friend asked me once what is was really like to become a parent.  A paused for a moment, because I didn’t know how to answer.

But I didn’t, because those moments pass.

Instead I told her what was important, that they filled a hole in my life that I didn’t know I had, and that every second watching them grow is an adventure.

Bear Came Along is a wonderful picture book that begins with a bear on an accidental adventure, and ends with him finding something he didn’t know was missing in his life – a connection.

“Once there was a river that flowed night and day, but it didn’t know it was a river …. until …. Bear came along.’’

The bear is curious, and falls in the river.  As he is floating down-stream on a log, Froggy hops on.

Froggy is lonely and looking for a friend.

It’s not long before Bear and Froggy are joined by Turtles, Beaver, Racoons and Duck.  As each animal joins in for the ride, the illustrations become more colorful.

They come to a waterfall, and there is no stopping the wild ride!

The animals were living their separate lives, but they didn’t know they were in it together ….until… the river came along.

Written by award-winning Author Richard T. Morris, Bear Came Along is wonderfully illustrated by LeUyen Pham.   The sometimes-hilarious illustrations are appealing to both kids and adults.

Bear Came Along is a simple story that reminds us about the importance of community and friendship.

Where The Wild Things Are