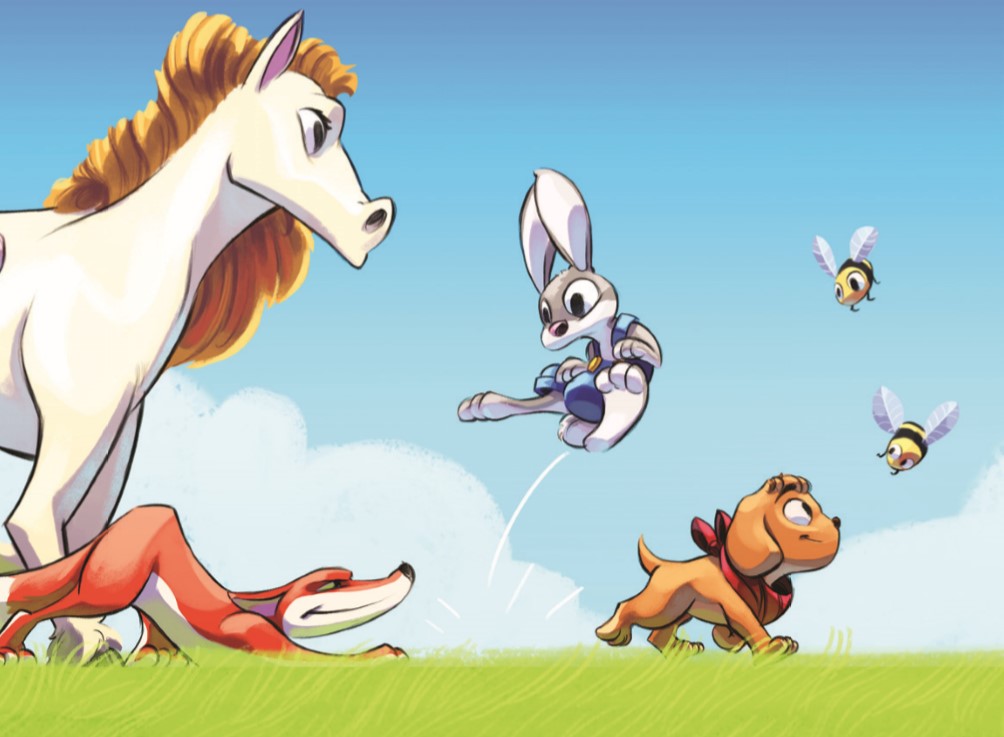 Growing up, my brother and I had a mixed breed dog.  Although we didn’t really know what he was, we did know what he was good at …. and that was tiptoeing quietly through the back door to sneak under the dinner table.

Any vegetable that was not a potato on my plate, was sneakily passed under the table for the dog to dispose of.  Lucky for me, he ate anything you gave him ….

Except for dog kibble!

If kibble was tipped into his bowl, he would look at it reluctantly, and then go see if the cat had anything better before coming back to eat it.

So when I read Dog Food is for Cats, I laughed out loud of the memory that in our house, apparently, cat food was for dogs!

Seriously though, Dog Food is for Cats is a hilarious book with fantastic illustrations the whole family will enjoy.

Dog Food is for Cats is a great all-rounder book that will be loved by the whole family.  A cute rhyming tale of an adorable puppy who realizes that when it comes to his food bowl, the grass isn’t any greener on the other side.

Piper wakes up to the warmth of the sun on his Kentucky Farm and is feeling hungry.  He was so hungry that the rumbles coming from his stomach woke up the sleeping rabbits.

Piper looks at his food bowl and wishes for something different than kibble. He dreams of chocolate cakes and sweets.

He tries out what his bee friends are eating, but the nectar causes him to sneeze.  He then tries out the cow’s food, only to discover that grass is sour. The horse’s hay wasn’t great either.

An owl offers him a mouse, and the pigs’ slop was not at the top of his list of foods to eat. The donkey won’t share the corn and the goat kibble isn’t exactly what he needs.

Piper returns to his shiny yellow bowl of kibble still out on the lawn.

‘’Hungrier than ever, Piper scarfed down his food … Filling his tummy with kibble, the best food he’d ever chewed.’’

In fact, he was so satisfied with his kibble, that he fell asleep under the tree.

Jason Kutasi has penned an enjoyable, rhyming story that’s perfect for both beginner readers and to be read out loud. Illustrator Javier Gimenez Ratti once again does an outstanding job of creating stand-out illustrations that take the story to the next level.

A great all-rounder that will be loved by the whole family, Dog Food is for Cats is a cute rhyming tale of an adorable puppy who realizes that when it comes to his food bowl, the grass isn’t any greener on the other side.

Have You Filled a Bucket Today?

The Snowman’s Song – A Christmas Story