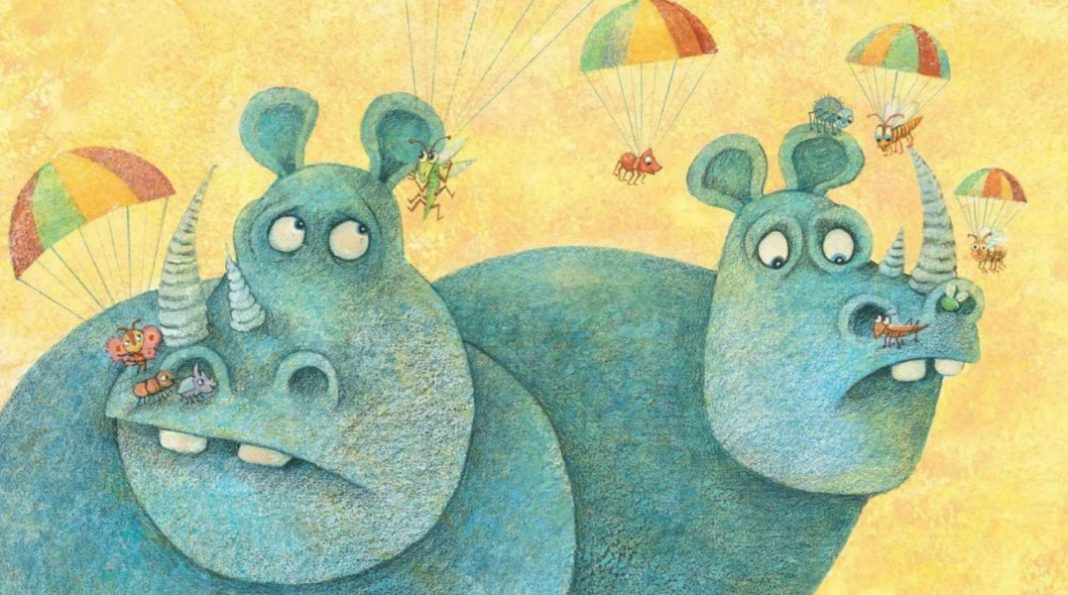 You know the kids are going to like a book when there are no less than ten groan-worthy dad jokes on the inside of the cover before the story even starts.

My six-year-old finds the jokes funny, but my four-year-old just loves the counting.

I love that this book introduces and builds on concepts of teamwork, counting, and inclusion.

Any book that keeps both kids entertained at the same time and throws in some sneaky learning is a winner in my house!

Everyone Counts is a rhyming, counting and teamwork-focused picture book about the beginning of a new zoo!

Takoda the tiger cub, sees a tumbledown mall and imagines a zoo.  But to build a new zoo takes a mighty big crew.

Ten different little bugs ask to help, but the rhinos are rude and say, ‘’Not a chance, You bugs are too small.’’ The rhinos tell the bugs they don’t count.

Three lemurs help out with painting, as do four oryx who cut circle and square-shaped windows.

The bears make tunnels, the giraffes help with the high stuff and the bats lift banners. Eight elephants, nine moose, and ten crocodiles also help out.

Now that the zoo is built, the two rough, tough rhinos block the slide.  ‘’This is our slide.  No one else gets to play.’’

The bugs parachute down stealthily from the sky.  One bug in each ear and three sneak up each snout.

‘’Do bugs really count? We’re about to find out.’’

It turns out everyone counts!  The rhinos apologize and everyone has a great time on the slides.

The bonus? Another ten dad jokes at the back of the book!

Marc Brown’s gouache and pencil illustrations are joyful and give children lots of detail to engage with.

Everyone Counts introduces and builds on a lot of great concepts for kids, including counting, working together, bullying and inclusion. It’s a fantastic rhyming picture book about the beginning of a new zoo!

Where The Wild Things Are

Moms…Don’t Be Afraid to ‘Treat-Yo-Self!’

Ideas For a Budget-Friendly Family ‘Staycation’

How Much is a Little Girl Worth?