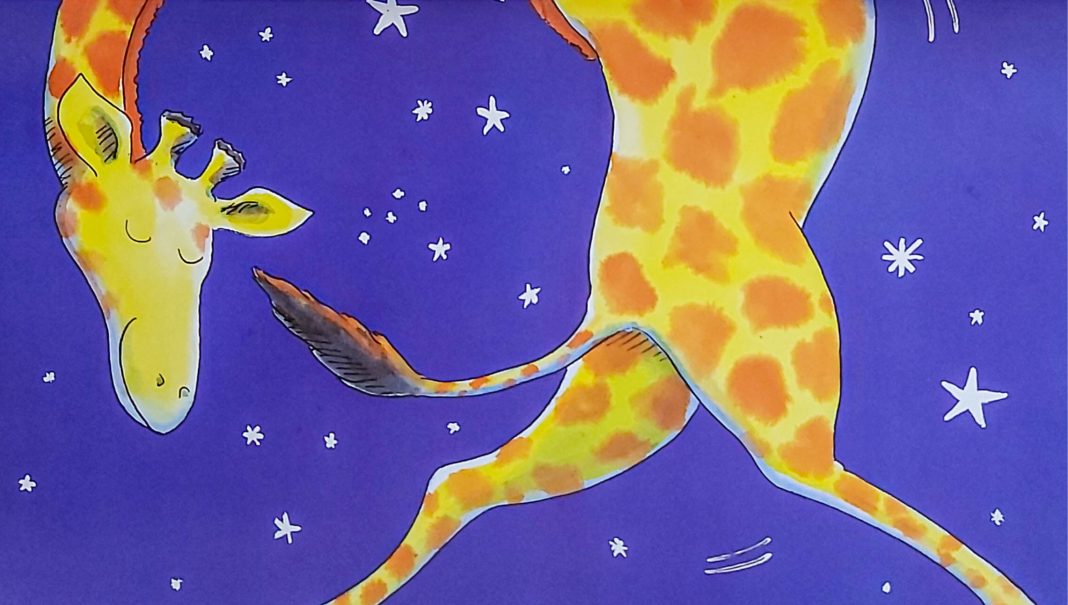 I learnt a long time ago not to pass judgement based on stereotypes and appearances.

From the hulking, biker looking man that discussed dolls with my four-year-old daughter at the fuel station recently, to my own mother, who despite her tiny size, handles the large tractors around her property with ease.

I’ve also had others pass judgement on my appearance.  You see, I have an auto-immune disease called Alopecia that causes my hair to fall out.

I choose not to hide it with wigs because I want my children to learn that being different is perfectly OK.

I don’t want them to grow up in a world where they are not comfortable in their own skin.

It’s perfectly OK not to look like models in a magazine, it does NOT mean that you are not beautiful.

It’s perfectly OK to be short, or have fuzzy hair, or have funny looking knees.  You can still dance, sing, run, laugh, and be a nice person no matter what you look like or what shape you are.

(spoiler alert …. Giraffes can dance, despite their long necks and bandy legs)

Giraffes Can’t Dance has been delighting children for over 15 years and is still relevant today. This book is a great opportunity to teach children about stereotypes and judging others based on appearance.

At the beginning of the book, the lions start laughing at Gerald before he even starts dancing.  They assume that Gerald can’t dance because he is a giraffe.

Do you think they made an assumption because of his long bandy legs?

So at the jungle dance, where the warthogs are waltzing, and the lions are dancing a tango, the chimps are doing the Cha-Cha and the baboons are doing a Scottish reel, Gerald is feeling quite sad.

You see, he thinks he can’t dance because the others told him so.

He walks away dejected and eventually finds a clearing where he looks up at the sky. As he is admiring the moon, a cricket interrupts, saying ….

‘’Sometimes when you’re different, you just need a different song.’’

The cricket shows him how to listen to the trees and the branches swaying in the breeze.  He even picks up his violin and plays some music for Gerald.

Of course, Gerald can dance…. And his body starts doing the most amazing things.

He gently sways his neck, swishes his tail around and eventually, manages a backwards somersault while leaping into the air!

The other animals see him and realize they were wrong, announcing …

‘’Gerald’s the best dancer that we’ve ever seen!’’

There’s a reason that Giles Andreae’s book, Giraffes Can’t Dance has been delighting readers for over 15 years …

Besides being both joyfully illustrated by Guy Parker-Rees and a fun story to read, the simple moral about tolerance and daring to be different is still relevant even today.

Giraffes Can’t Dance is a great opportunity to teach children about stereotypes and judging others based on appearance.

The Snowman’s Song – A Christmas Story