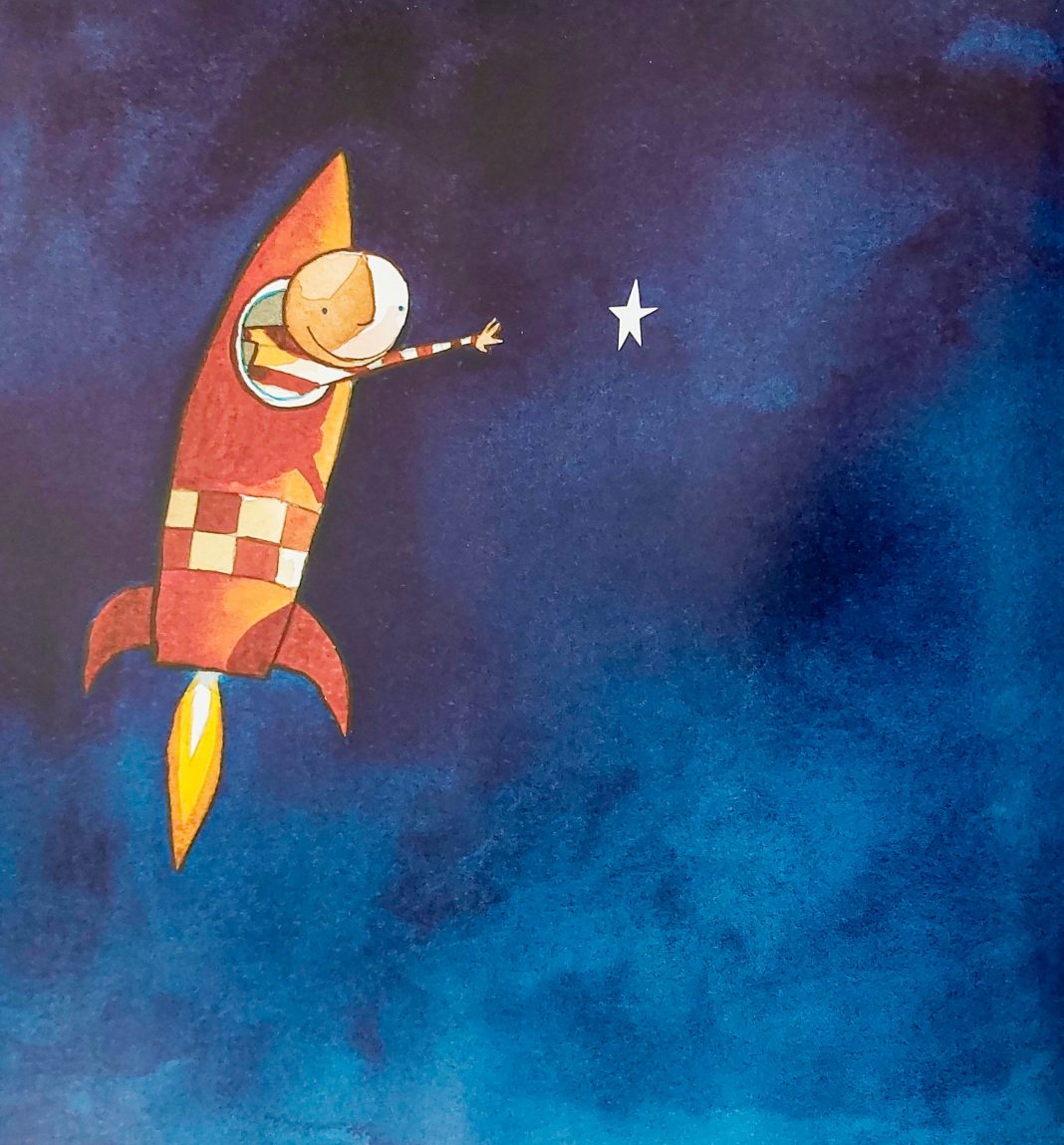 As an adult, we wouldn’t dream of trying to catch a star …

.. as a child, we would see no reason this isn’t possible.

How to Catch a Star holds on to the child-like belief that anything is possible and it’s just adorable.

A whimsical story about wishing, persevering and reaching for the stars, How to Catch a Star is a must-have for any child’s bookshelf.

Once there was a boy and the boy loved stars very much. The Boy dreamed of a star being his friend to play hide-and-go-seek with, and take long walks together.

He decides he will try to catch one and gets up early in the morning, believing this to be the best time to do so as the star would be tired from being up in the sky all night.

But of course, he could not see a star and sat down and waited. He finally sees a star just as the sun is about to go away.

He tries jumping, but cannot reach it.  Climbing to the top of the tallest tree doesn’t work and neither does lassoing the star with a life belt.

He asks a seagull to help but she doesn’t seem interested in helping.

He spots the prettiest star he had ever seen floating in the water, and believes it to have fallen from the sky. The boy patiently waits for the star to wash up on the beach.

Oliver Jeffers is the author and illustrator of a collection of award-winning and bestselling pictures books.  His website simply states that ‘’Oliver likes to tell stories and draw pictures.  At the same time.” Jeffer’s illustrations are what truly makes his books magical and I personally, are very glad he has chosen to share his talent with the world.

In a story that holds on to a child’s belief that anything is possible, How to Catch a Star is a whimsical story about wishing, persevering and reaching for the stars.

The Snail and the Whale

Prepping Your Kids for Back-to-School