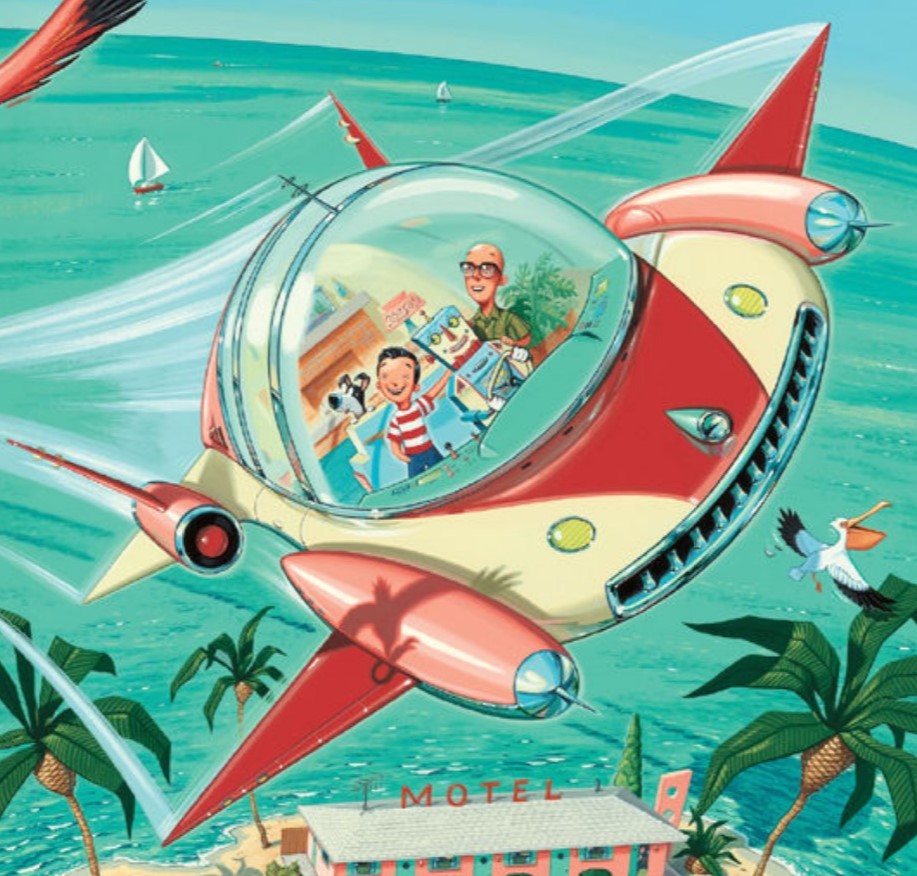 At some point between childhood and adulthood, we either lose a bit of our imagination or it becomes caged by the realities of life, such as whether something is affordable or if the technology has been invented yet.

When we first read this book, every time I read out-loud a new page, my son would go …

We pored over the illustrations, pointing out different ‘’cool’’ things we found.

It was great to discover a book that celebrates a child’s imagination!

If I Built a Car is a fantastic story, great for reading out-loud and told from the perspective of a boy who hasn’t yet lost the fun in his imagination.

Jack and his dad are driving in the car. From the back seat, Jack tells his dad that their car is nothing grand and nothing at all like the car he has planned.

The wonderful 50’s themed illustrations really bring Jack’s imagination to life as he adds a lot of neat things to his car, such as jet engines that don’t make a sound and a Plexiglas dome.

‘’Come with me now and I’ll show you inside.  I’ve put in a couch.  It’s comfy and wide.  Plus a fireplace, fish tank, and here’s something cool – The floor can slide open, and look – there’s a pool!’’

A robot is featured, as well as a machine that turns the odor of burnt gasoline into something more pleasing to noses, like blueberry muffins or freshly picked roses.

Jack’s car can float like a catamaran, dive underwater and fly.  Each feature illustrated boldly and brightly with plenty of details.

Chris Van Dusen is the author and illustrator of several highly acclaimed picture books.  The fun really comes from the illustrations, which often have a 1950’s – 1960’s theme. The rhyming flows along perfectly and the illustrations are bright and detailed.

Great for reading-out-loud, If I Built a Car is an engaging story, told from the perspective of a boy who hasn’t yet lost the fun in his imagination.

Ideas For a Budget-Friendly Family ‘Staycation’

Simple but Delicious Christmas Recipes to Bake with Your Kids!

The Wonderful Things You Will Be