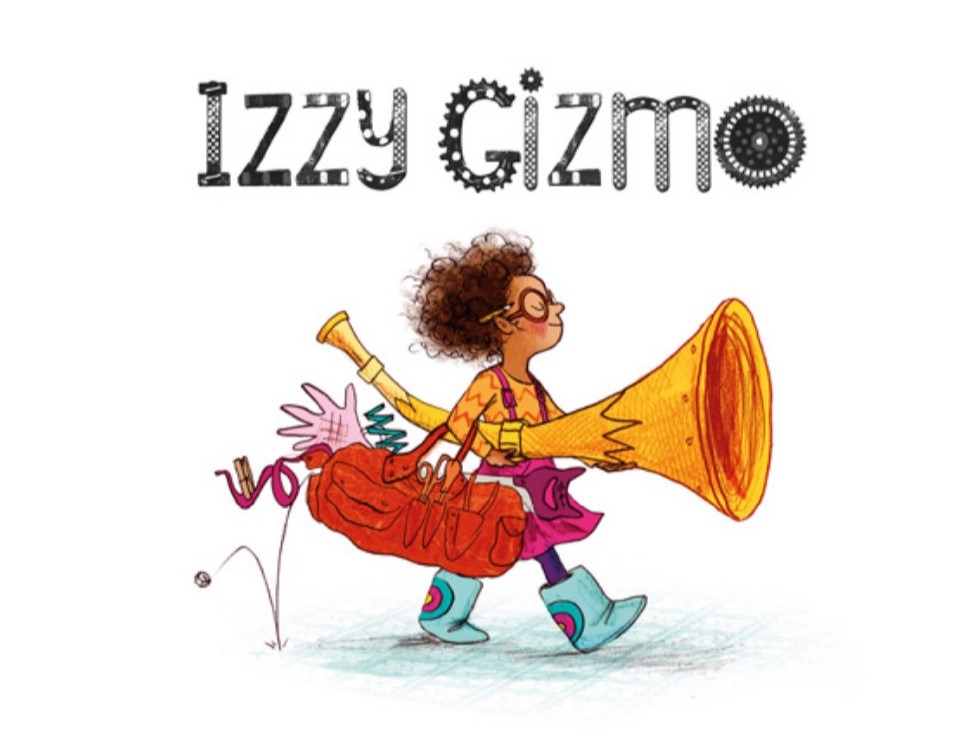 She is cutting out a little paper basket template that we plan to tape together. She wants to use the basket to collect flowers from Grandma’s garden.

‘’IT’S SILLY!’’ she yells even louder, throwing the paper on the floor in disgust.

Even though she is only four, she has done a really great job cutting it out so far.  It’s even neater than her seven-year-old brother’s attempts. But, she is a perfectionist and is frustrated that she has accidentally cut over one of the lines.

Her brother has no such cares.  He subscribes to the notion that the imperfections in his cutting and coloring give it character 😊

She reminds me of Izabelle in the book, Izzy Gizmo, who gets frustrated at her inventions when they don’t go as planned the first time.

Izzy Gizmo is a wonderful book to encourage children to persevere and dig their heels in when the problem is tough.  It’s a great reminder to keep trying even if your first, second and even third attempts aren’t successful.

The story is told in a fun rhyming manner …

‘’Izzy Gizmo, a girl who loved to invent – Carried her tool bag wherever she went.’’

But the trouble is her complicated inventions sometimes malfunction. Her ‘’Tea-Mendous’’ popped a piston and dropped a knob and her ‘’Swirly-Spagsonic’’ turned Grandpa’s wallpaper into confetti.

The vibrant illustrations give us an insight into what these inventions actually are.

When the ‘’Beard-tastic’’ machine she built for Grandpa went wild before completing his style, Izzy gets really cross, calling her invention a ‘’TWIT!’’

Izzy is grumpy and goes for a walk, finding an injured crow.  She takes it to the vet who delivers the bad news that his wings are too broken to fix.

She takes him home and tries to make the crow happy, but the crow is sad being unable to fly.  Grandpa passes Izzy her gadgety things and Izzy decides that she will invent the crow some wings.

The first attempt was too heavy and the second attempt is the wrong shape. She nearly perfects the wings on the third attempt but one of them flaps wildly and the crow can’t fly straight.

‘’I’VE HAD IT!’’ yells Izzy and attempts to put the wings in the bin. The crow blocks her path and they work together on perfecting the new wings, finally succeeding and allowing the crow to fly again.

Grandpa points out that she succeeded because she did what was needed.  The story ends with humor, shown through the illustrations.

Pip Jones has created a wonderful story that will inspire young children for years to come.  It’s flowing rhyme make it ideal as a read-aloud book.

Illustrator Sara Ogilvie has done a wonderful job with bright colors and appealing characters.  A lot of this story is told through the illustrations.

In a book that both encourages perseverance and inspires young girls into the STEM fields, Izzy Gizmo reminds us to dig our heels in when the problem is tough.  This book is a great reminder to keep trying even if your first, second and even third attempts aren’t successful.