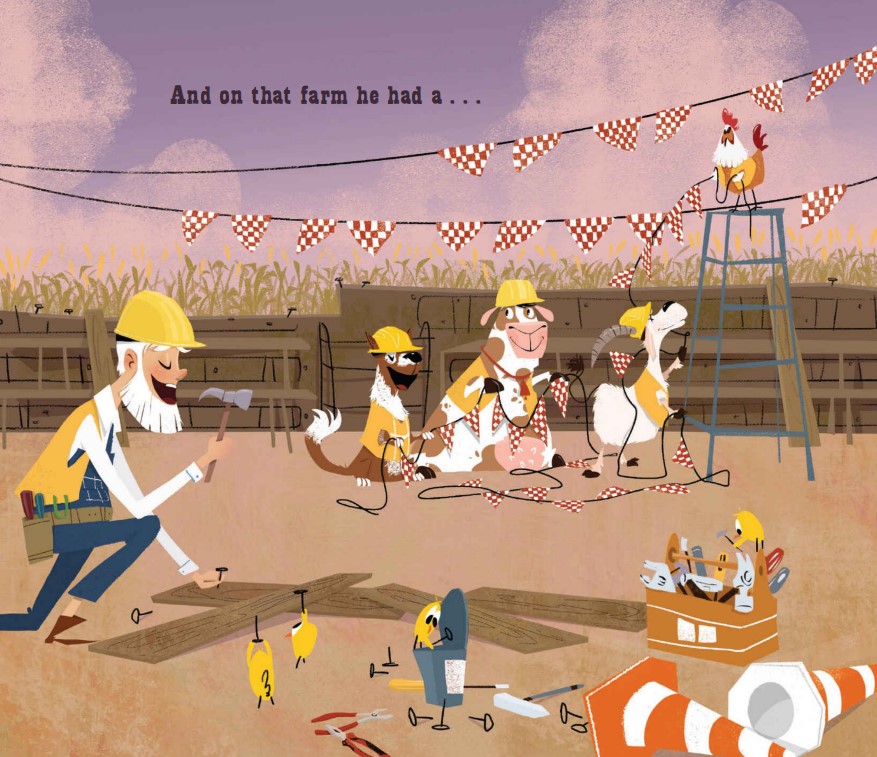 It’s sort of childish …. But I enjoyed this book just as much as the kids!

It’s not just the new twist on the words either, there is a bit of a twist with the illustrations telling their own story.

I won’t give it away, but let’s just say that Old MacDonald’s wife is featured in this version and she is one inspirational lady.

Old MacDonald Had a Truck is a brilliant new take on a classic story, an entertaining read-out-loud book with a surprise ending.

We all know how it goes …

But on this farm, Old MacDonald had an excavator!

Mrs MacDonald seems to be working on her own project as Mr MacDonald uses the machinery with the assistance of the farm animals.  The project is revealed in the last two pages.

Author Steve Goetz was inspired to write this debut picture book after his son began to sing the classic version with his own improvised lyrics, which turned into a conversation about the farm machinery Old MacDonald must have owned on the farm.

Illustrator Eda Kaban has done a fantastic job of modernizing this classic.  Make sure to take the time to scan over the illustrations as there is a lot going in that you may miss at first glance.

Old MacDonald Had a Truck is just pure read-out-loud entertainment!  A brilliant new take on a classic story with a fun, surprise ending.

Prepping Your Kids for Back-to-School