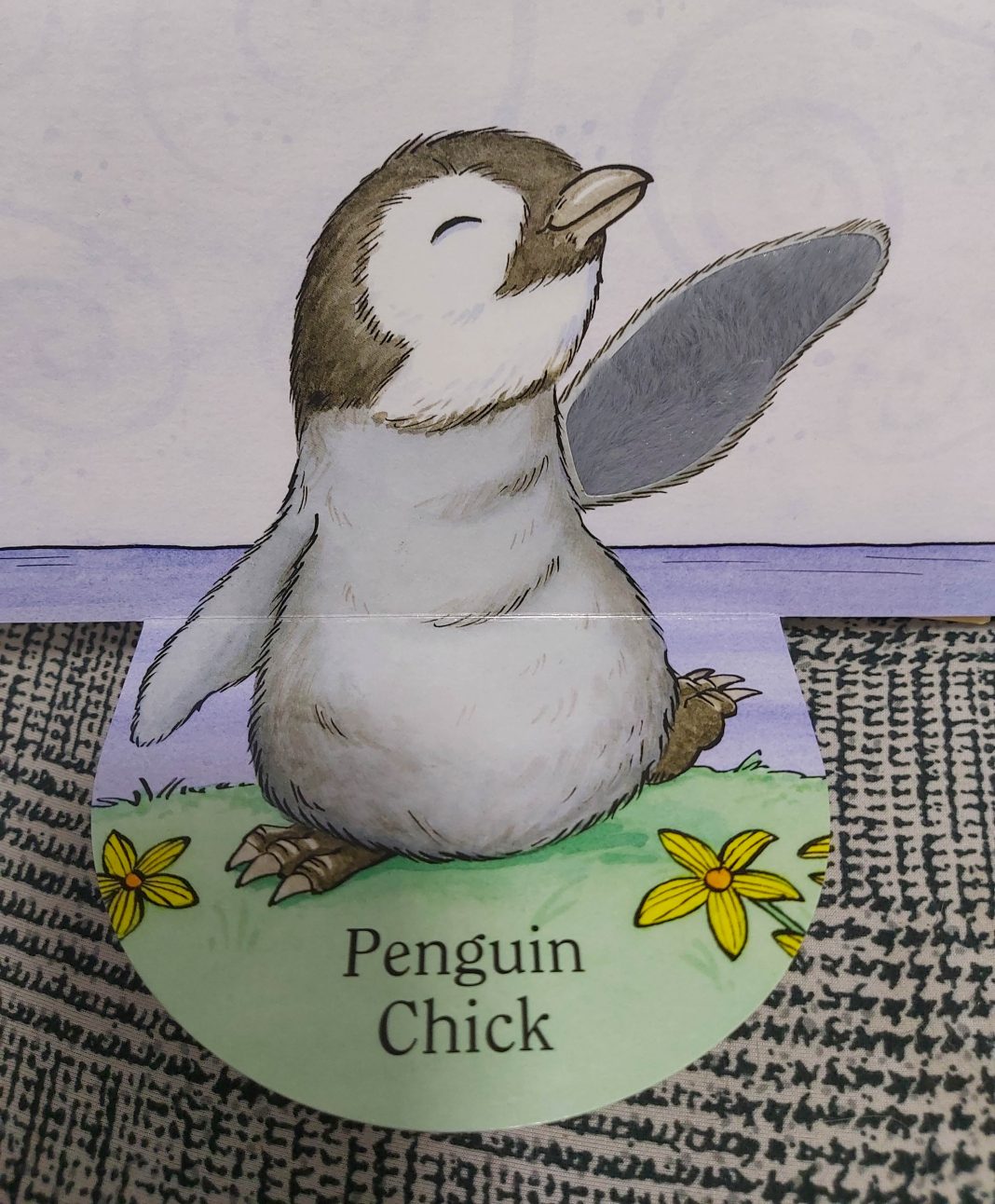 Sometimes my four-year-old can’t sit still for an ordinary book, so I pull out something more interactive to keep her engaged.

Oscar the Octopus is a fantastic book for both keeping kids engaged and teaching them months of the year.

There are lift the flaps, different textures and surfaces, and even a pop-up at the very end.

Oscar the Octopus is a great all-rounder learning book for ages 0 – 5.  The cleverly textured pages and lift-the-flap is sure to keep young ones engaged for reading time.

We join Oscar in January, as he begins to introduce the months of the year.  There is a short rhyming verse and a creature hiding under a flap on each page.

‘’January – the sea was covered in ice, when Oscar caught something orange and striped.’’

Children can pull down the flap here to reveal a …. Lion Fish!

February sees Oscar catching a Sea Turtle with a textured piece that will tickle your child’s finger. He finds a shark with a scratchy blue tail, a lobster with a red, crinkly claw, and a cute penguin chick with a fluffy flipper.

In December, the only thing he catches is a cold.  As he blows his nose, he lets everyone go! All the animals happily depart in a pop-up scene.

Matthew Van Fleet’s uniquely designed board books have been introducing children to basic concepts for over 20 years.  Toddlers can touch, press, pull, lift and even sniff as they explore colors, shapes, numbers, letters, opposites and more.

The cleverly textured pages and lift the flaps in Oscar the Octopus are sure to keep young ones engaged for reading time.  This months-of-the-year book is a great all-rounder learning book for ages 0 – 5.

I Want My Hat Back

The Most Magnificent Thing

5 Tech-FREE Activities To Do With Your Kids!