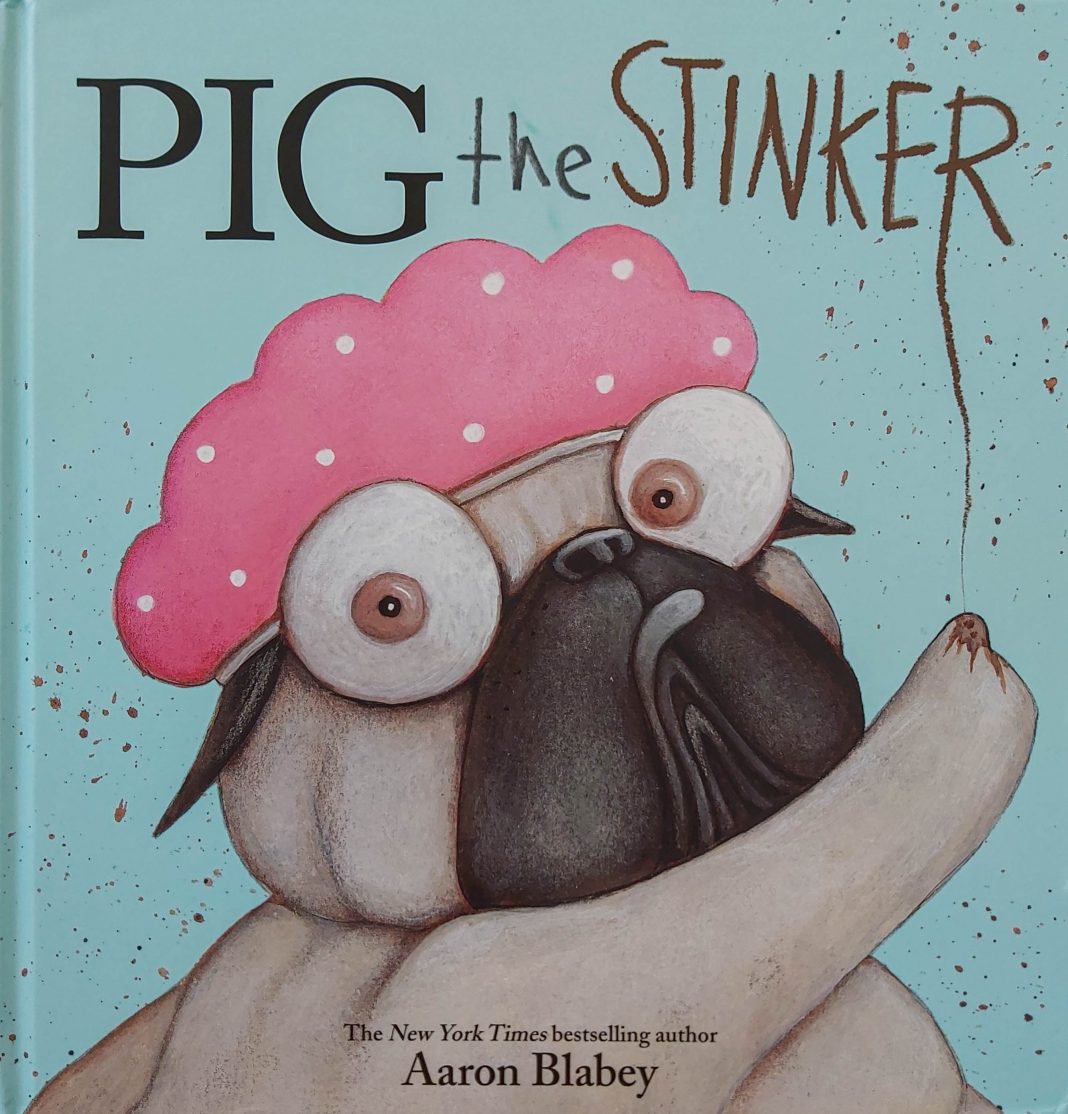 Pig the Pug is back in his filthiest book yet … and the kids love it!

We all know that Pig the Pug is kind of a jerk, and he always learns an important lesson on his adventures.

His antics in this book are no different.  In Pig the Stinker, Pig reminds us of our beautiful Golden Retriever who unfortunately, often has less than ideal personal hygiene.

You see, in this Pig the Pug installment, Pig refuses to have a bath!

Much like Aaron Blabey’s other children’s books, the rhyming text and hilarious illustrations keep the kids entertained to the very end.

From a New York Times bestselling author, Pig the Stinker is a fantastic addition to this bestselling series.  An entertaining picture book that kids will love and dog owners can relate to.

We are introduced to Pig the Pug on the first page and quickly learn that his personal hygiene is far from OK.

Basically, he likes to get dirty, his paws are gross and his fur stinks.

He isn’t offended by odor or smell, and he plays with all kinds of unspeakable muck …. the hilarious illustrations show us just how unspeakable this muck is.

At one time, he is even shown drinking out of the toilet!

His owner has had enough, and calls for bath time. Trevor, his best friend,  is happily waiting with his shower cap on, but Pig doesn’t want a bath and does a runner.

Pig uses a small toy to block up the pipes and as he is gloating about his success, the tap behind him starts to shake

And sure enough…the bathroom EXPLODES!

In much the same fashion as the others in the Pig the Pug series, Pug learns a lesson by getting hurt due to his own antics.

The last page is probably the funniest.  Pig is shown in the bath with Trevor and the expression on his friends face as bubbles appear in the water around our feral friend is just hilarious.

Pig the Stinker is just all round entertaining and perfect for fostering an early love of reading. It’s an entertaining picture books that dog owners can relate to and both kids and adults will find hilarious.

Zog and the Flying Doctors