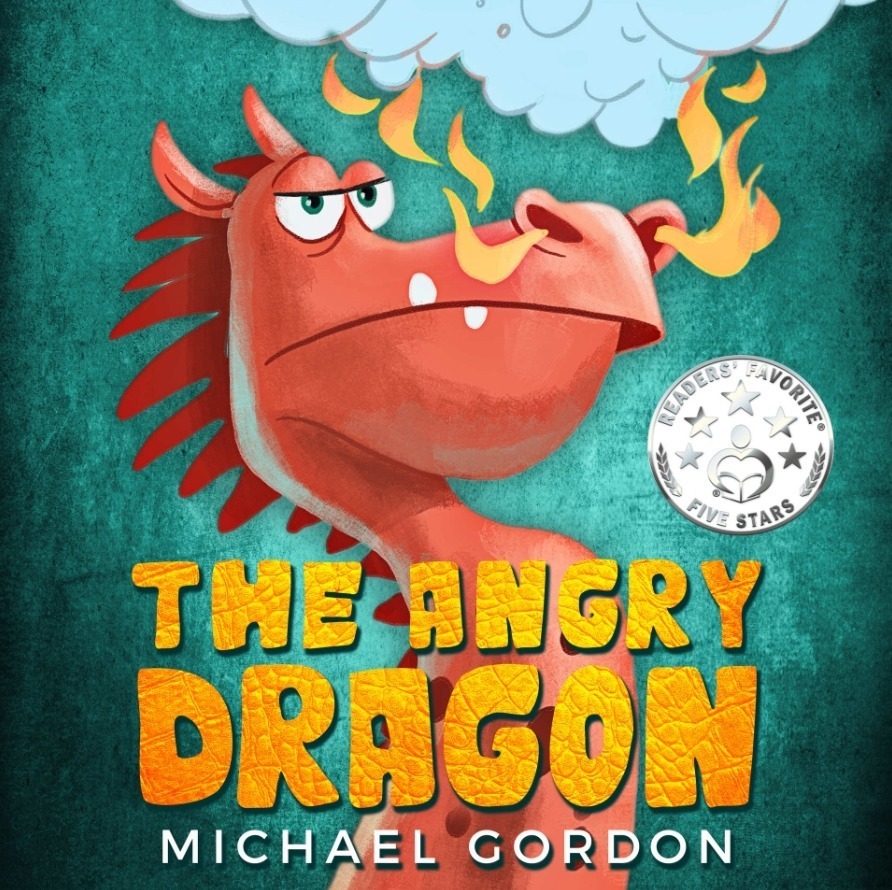 My four-year-old daughter is currently sitting across the table from me, arms folded across her chest, grumpy expression on her face.

You see, she thinks it’s unfair that I won’t let her have dessert before dinner.

Her dad told her ‘’not before dinner’’ ten minutes ago.  She stomped her foot and yelled a bit, at which point she was sent to her room to calm down.

She reappeared opposite me at the table a few minutes ago and whispered quietly, ‘’Can I have a cookie before dinner?’’

‘’You wish, Jellyfish!’’ was my enthusiastic reply.

She didn’t like that! So now, after declaring loudly ‘’It’s not fair!’’ …. she is glaring at me from across the table.

Tonight’s bedtime book will definitely be a book about tantrums and managing anger!

The Angry Dragon helps young children manage their anger and is a great starting point to begin talking about emotions and learning to understand how anger feels and affects them.

George is playing with his pet dragon, Joe … but George accidentally breaks Joe’s favorite toy.  Joe flies into a rage and gets angry and red.

George explains its an accident and tells Joe not to get so angry. ‘’Breathe deeply and let’s talk about how you feel,’’ he says to his dragon.

Joe calms down and remembers he loves his best friend and doesn’t want to fight.

That afternoon, Joe wants to play with George but he is doing chores and can’t play yet.  Joe feels hurt that George doesn’t want to play with him and calls him a very horrible name.

‘’You’re not my friend if you won’t play my game,’’ he says angrily to George.

George explains that there’s time to help Mom and have fun too.  Joe listens to his friend and waits until George is done.

Later on, despite George’s warnings, Joe eats lots of sweets, yelling, ‘’I’ll eat what I want! Don’t tell me what to do!’’.

Of course, he has a terrible night and feels unwell. George looks after him and Joe comes to the conclusion that he needs to be more patients and less greedy …

‘’And instead of getting angry, I’ll try talking to you instead.’’ He says.

Michael Gordon is the author of several highly rated children’s books including Sleep Tight, Little Monster, and Animal Bedtime.  The illustrations are the major appeal to children in this book and they can be used to your advantage to reinforce the great messages about appropriate behavior.

Are you trying to help an angry child? All of us get angry sometimes and our children are no different. The Angry Dragon helps young children manage their emotions and is a great starting point to begin talking about and understanding how anger feels and affects them.

Made for Me: The Book for “Bedtime” with Dad

When God Made You

The Day the Crayons Came Home