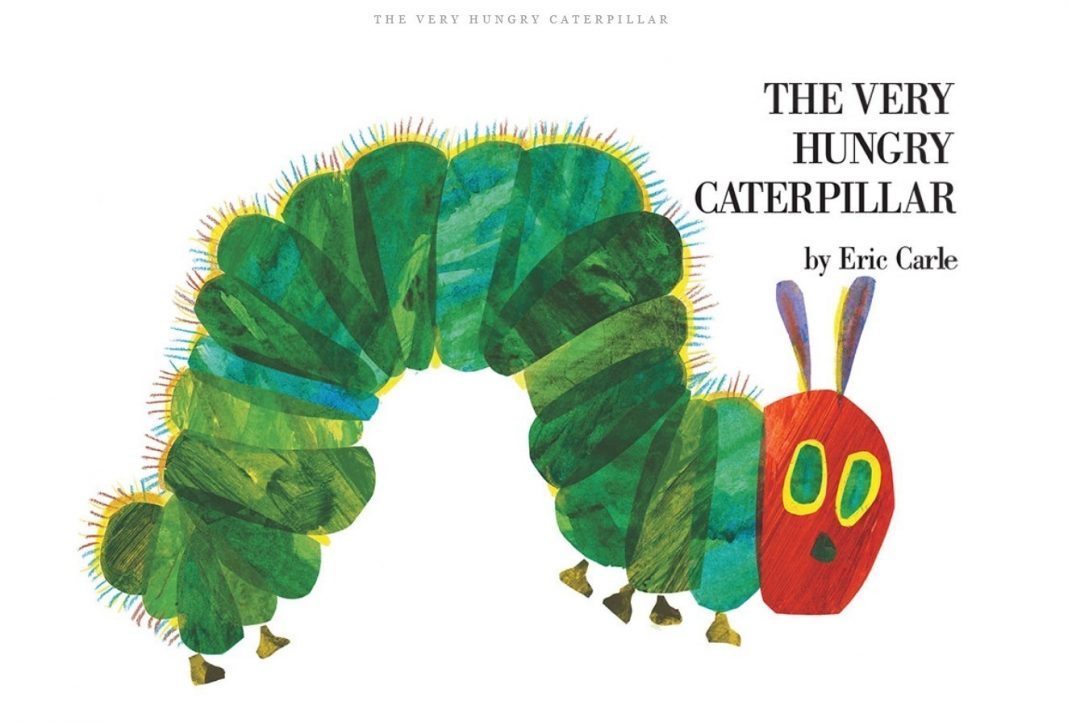 Despite the fact that The Very Hungry Caterpillar was not intended to be laugh out loud funny, I always crack up laughing when I read it.

You see, this book resembles my own eating habits.

For the sake of being healthy, I eat really well Monday to Friday.  However, as many of you know, the weekend is tempting.

The Very Hungry Caterpillar seems to have the same weakness as I do!

Come Saturday, The Very Hungry Caterpillar is clearly tempted.  His day resembles mine more closely that I would like to admit.

The result is of course, a stomach ache.

The next day he eats through a green leaf (in my case, a salad), and feels much better.

The Very Hungry Caterpillar was first published in 1969, and 50 years later, is still popular.  Author, Eric Carle, intended the book to be a book of hope, which he felt that children needed.

This children’s classic shows our children that an insignificant caterpillar can grow up into a beautiful butterfly and fly into the world. Just as Eric Carle intended, this is indeed a book of hope and a must-have for every family!

The book starts with a little egg, laying on a leaf in the light of the moon.  The scene is tranquil.

“One Sunday morning the warm sun came up and – pop! – out of the egg came a tiny and very hungry caterpillar.’’

Young children can count along with this next bit!

On Monday he eats one apple.  One Tuesday he eats two pears ….. and so on.

On Saturday….well….. lets just say The Very Hungry Caterpillar has a huge pig-out on Saturday resulting in a belly ache.

Sunday sees him recovering by munching through a leaf.

After all that eating, he wasn’t hungry anymore.  He certainly wasn’t a LITTLE caterpillar anymore.  In fact, he is now a big, fat caterpillar.

“He built a small house, called a cocoon, around himself.  He stayed inside for more than two weeks.  Then he nibbled a hole in the cocoon, pushed his way out ….’’

And ….. A beautiful butterfly emerges! The butterfly is indeed bright and beautiful.

Since it was first published, The Very Hungry Caterpillar has gone on to sell over 50 million copies worldwide.  This means it has sold the equivalent of at least one copy per minute since its publication. Now that is something special!

Just as Eric Carle intended, this is indeed a book of hope and a must-have classic for every family. The Very Hungry Caterpillar shows our children that an insignificant caterpillar can grow up into a beautiful butterfly and fly into the world. 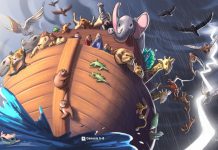 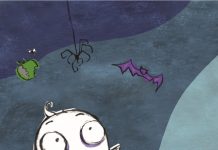 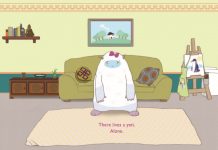 The Yeti is Ready

I Want My Hat Back

The Book of Mistakes