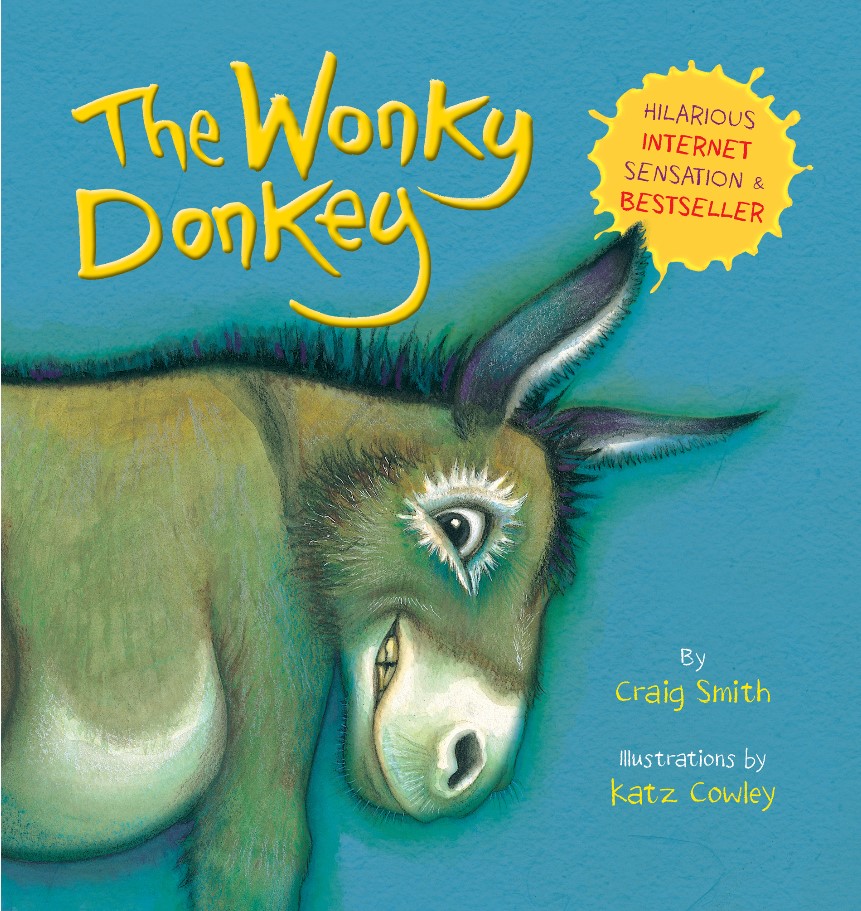 My son has a speech disorder and couldn’t pronounce the F sound for ages, along with a lot of other sounds.

We worked with a speech pathologist and starting making progress. However, he was still stuck on that F sound.

Until …. One day I took him and his little sister to the public pool.  As we were splashing around in the shallow pool, a man walked over and began lowering himself in.

My son took a deep breath and said very loudly …..

My face burned with embarrassment. There was no mistaking what he had said.

For the first time in his life, he had pronounced the F sound correctly, even over emphasizing the letter as he tried his hardest to get it right.

I started to apologize but the man laughed and said, ‘’Your Grandpa must like eating as much as I do!’

I breathed a sigh of relief.  He understood that my son didn’t mean anything by it, and we all had a good laugh about how kids say it how it is.

Well, The Wonky Donkey is a little like this.  It’s slightly crude, but mostly just laugh-out-loud funny.

The Wonky Donkey is a hysterical read-aloud picture book that’s sure to keep little ones entertained.

The book begins with:

The book is cumulative and the next section reads,

The Author, Craig Smith is the recipient of the 2008 APRA Children’s Song of the Year for The Wonky Donkey. He has created an incredibly catchy tale that kids can chant or sing along with.

Katz Cowley has illustrated this book perfectly, adding to the hilarity of the story.

This Wonky Donkey is another great all-rounder, perfect for reading aloud and engaging the kids. It’s sure to have the whole family laughing along together!

The Wonderful Things You Will Be

How to Catch a Star