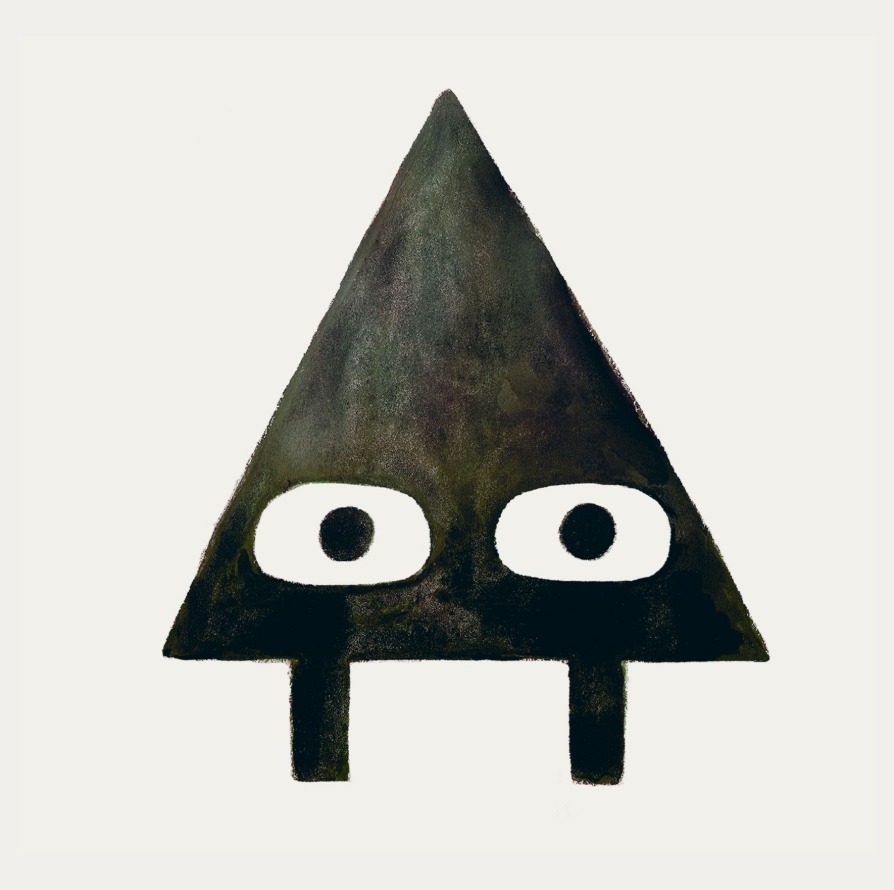 Recently, my son decided to play a trick on his little sister.  He wrapped some hard-boiled eggs with colored paper, and told her they were chocolate eggs.

My daughter is only four, so when she opened one excitedly and discovered she had been tricked, it resulted in a tantrum rather than the laughing he expected. I’m surprised she didn’t throw it at him!

My son was genuinely surprised when she lost her temper at him.  After all, he found it funny … Why didn’t she?

Much like Triangle in the book by the same name, his trick had unexpected consequences!

The repetition of simple words also makes it ideal for beginner readers.

Mac Barnett has teamed up with Jon Klassen again for this humorous first in a trilogy featuring shapes. Except, this is not just a book about shapes!

We are introduced to Triangle and his house, which is also triangle shaped.

Triangle walks out his door and away from his house. He plans to play a sneaky trick on square.

He walks past triangles and shapes with no names, until eventually he arrives at a place where there are squares.

Of course, square lives in this place and Triangle goes ahead and plays his sneaky trick on him. Triangle finds the trick hilarious, but square does not.

Square unexpectedly chases him all the way back past the squares, shapes with no names, triangles and right through Triangle’s door … where he gets stuck.

Because we all know that squares don’t fit into triangle shaped holes!

Square has a turn at laughing as he is now able to play a sneaky trick back on Triangle. He claims it was his plan all along …. 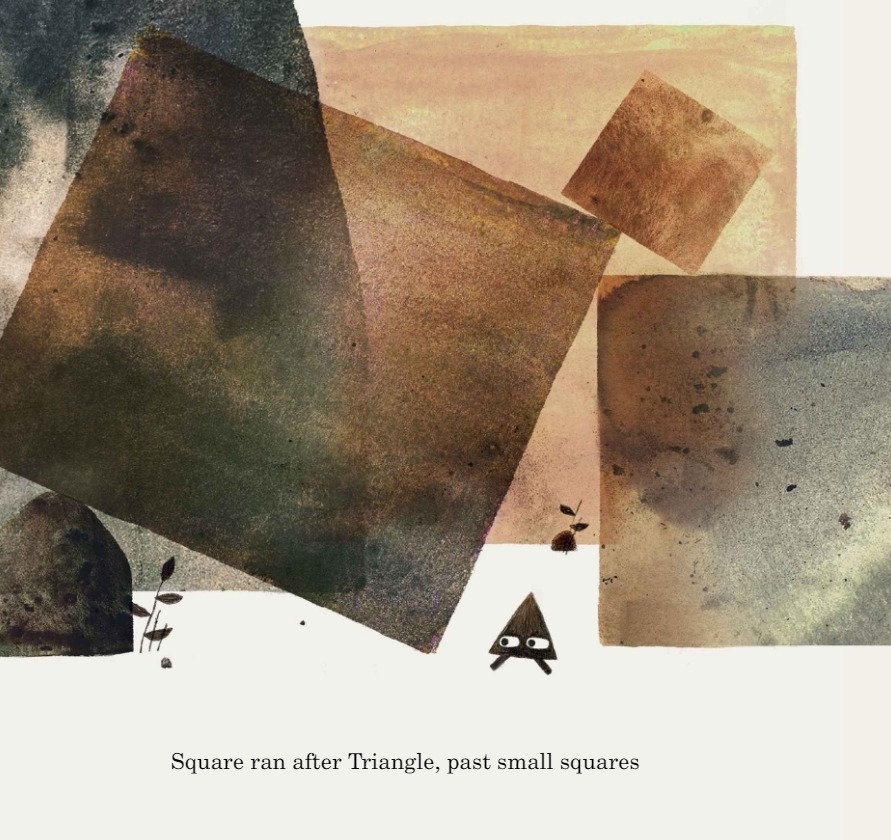 “But do you really believe him?” the last page questions.

This isn’t the first time Mac Barnett has teamed up with Jon Klassen and I certainly hope it won’t be the last!

Barnett is a New York Times bestselling author and two of his previous picture books illustrated by Klassen have received numerous awards, including the Caldecott-Honor, the most prestigious of all Children’s Book Awards by the American Library Association.

Klassen has illustrated Triangle in his unique award-winning style using digital graphite and watercolor. The images at first appear simple … but are they?

Their grungy humor draws the reader in both young and old and combined with Barnett’s words, creates a winning combination that appeals to both younger and older kids.

Triangle is both laugh-out-loud funny and great for younger kids learning to read. It reinforces an important message about being cheeky and unexpected consequences, a lesson that most young children need help with.

When I asked my kids if they believe square planned his sneaky trick all along, my four-year-old daughter says ”Yes” and my six-year-old son says ”No” ….

What do you think?

Pro-Tips On Adding a New Dog to Your Family