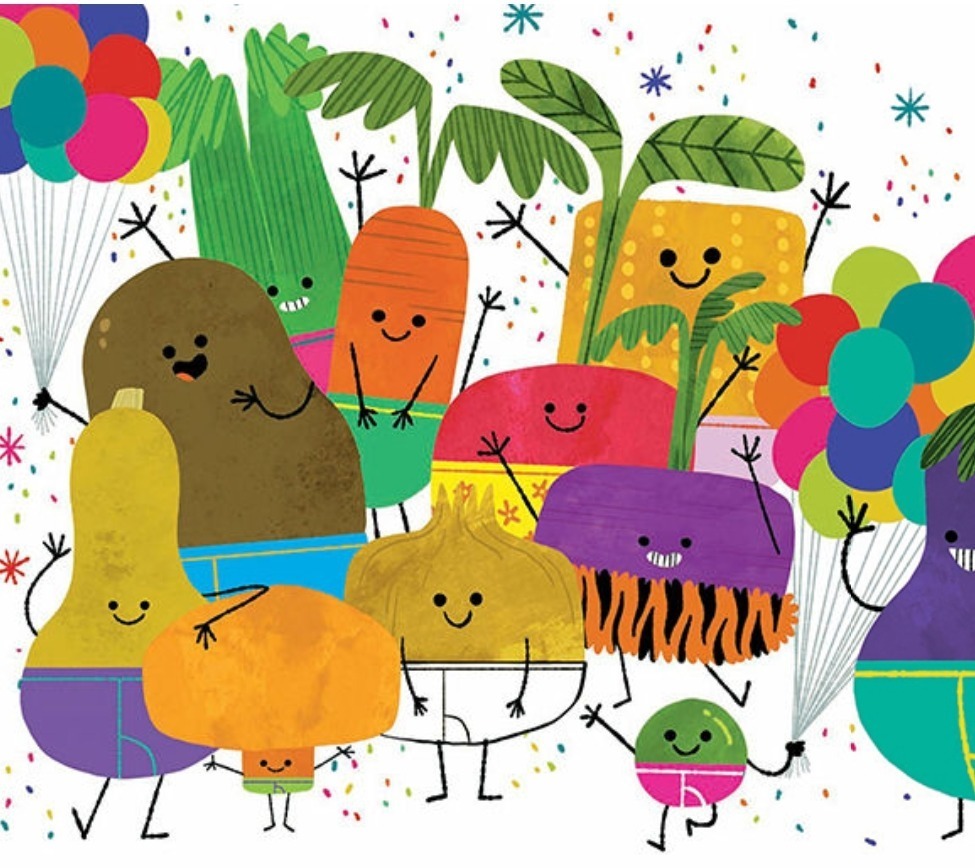 Even though she was right beside us, she managed to take her shirt off and half wiggle her pants down while we were searching for our passports. As I glanced between my half-naked three-year-old and the stern looking security guard who was now walking towards us, my heartbeat raced.

“Put them back on…. quick!” I hissed, my cheeks burning.

As the guard got closer, her face softened and she said, “My little girl used to be just like that.  Thankfully, she’s grown out of it now!”. Her terse look became a smile and taking pity on us, she ushered us through an empty line.

Vegetables in Underwear is guaranteed to get your kids interested in underwear, possibly even vegetables!

Now that she is four years old, she keeps her clothes on in public.  Our home is another story.  I can usually be found chasing her down the hallway, frantically waving a pair of small pink underwear yelling, “At least put these on!”

Jared Chapman has written and illustrated Vegetables in Underwear, a plain old laugh out loud funny children’s book that is sure to engage young readers.

The potato’s underwear is too small and the broccoli is wearing red briefs. There is dirty underwear, clean underwear, and underwear for both boys and girls.

The broccoli in the red briefs proudly flaunts to the baby produce in diapers that they don’t get to wear underwear yet.   The babies don’t appear to be happy about this!

Ending with our central character, the green broccoli says as he is running out the door …

“You can wear it everywhere! …… Just remember to put your clothes on top.”

All parents know that children find the word ‘underwear’ funny, and vegetables wearing underwear is both unexpected and hilarious.

Vegetables in Underwear is guaranteed to hold your child’s attention and produce some giggles. Getting them interested in both underwear and vegetables is a huge bonus!

This book is a lot of fun!

Where is the Green Sheep

How to Babysit a Grandma

The Yeti is Ready