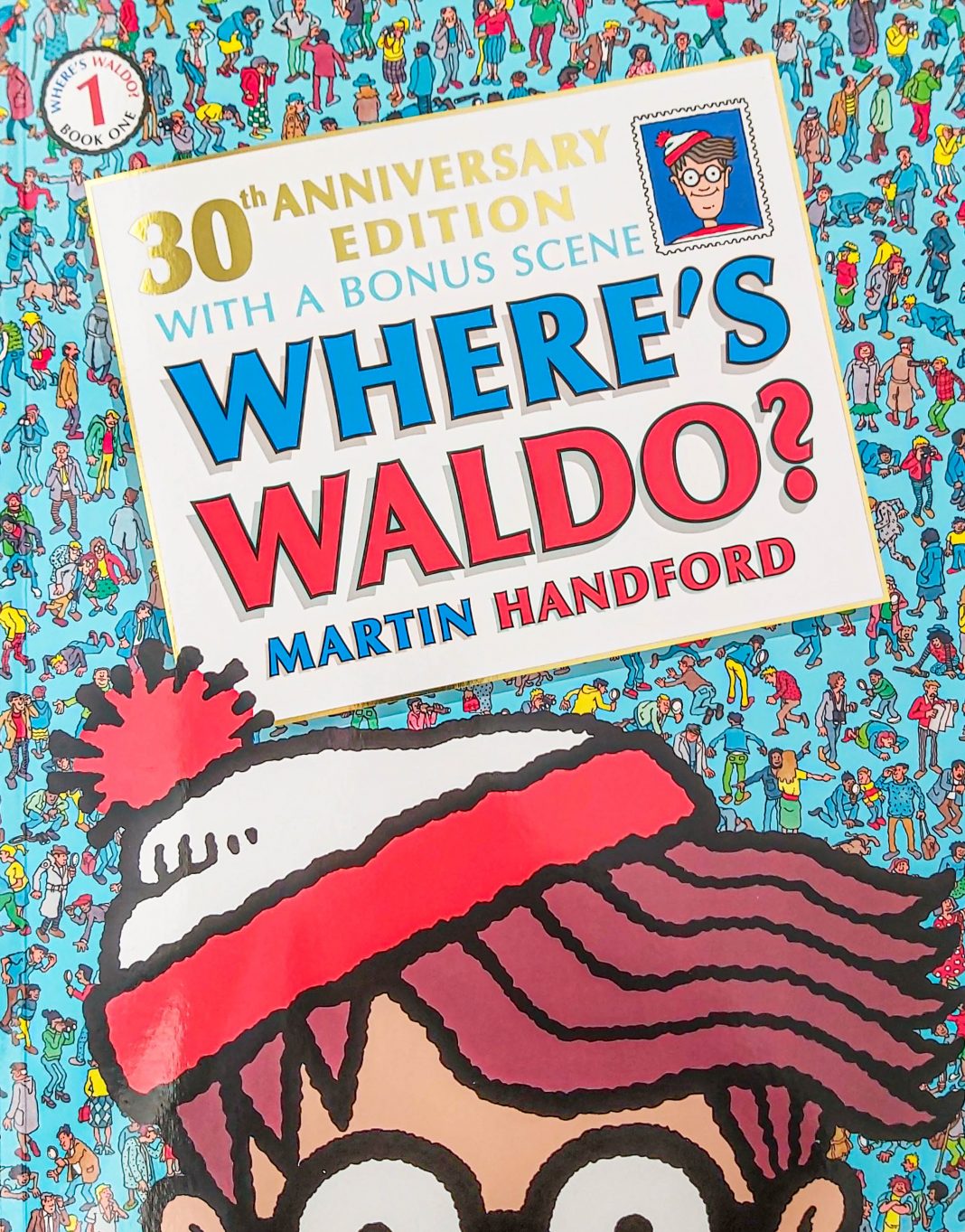 Well, it depends on which country you buy the book!

Released originally in 1987, Where’s Waldo has gone on to sell over 70 million copies worldwide in 31 different languages.

In the USA he is Waldo, in the UK and Australia he is Wally, in Germany he is Walter (Wo ist Walter), in France he is Charlie (Où est Charlie?), and in Norway he is Willy (Hvor er Willy?).

Whichever name he goes by, he wears his trademark red and white stripes and your job is to find him within the crowded scenes of the book. Young kids, older kids and even parents and grandparents can all get involved finding Waldo.

Where’s Waldo is just a good-old-fashioned-fun book to have in your bag of tricks to occupy the kids and keep their minds active…. without resorting to technology. It’s even fun for adults!

I personally love Where’s Waldo for occupying the kids, even if Miss Four does sometimes have a tantrum when her older brother finds Waldo first!

Did you know it’s not just about Waldo though?

There is actually four other characters to find on each page: Odlaw, Wizard Whitebeard, Wenda and Woof.

And if that’s not enough, each of these travelers has lost something on every page, including Waldo’s key, Woof’s bone, Wenda’s camera, Wizard Whitebeard’s scroll and Odlaw’s binoculars.

At the back of the book, you will find a checklist for every page with hundreds more items to watch out for.  Can you find someone tripping over a dog in the train station scene? Or a runner with no pants in the sports stadium scene?

The fun last for a LOT longer than just one opening of Where’s Waldo.

Illustrator Martin Handford is a creative genius when it comes to crowd scenes and none-of the Where’s Waldo books disappoint on humor and detail.  You will find plenty to giggle about when scanning the illustrations looking for Waldo!

Where’s Waldo is a great classic to have on your bookshelf.  Not just for fun, but because it’s a great way to keep minds of all ages active.  We take one on every holiday (think long plane trips, car rides or stuck inside waiting for the rain to pass).

Jessica Palmer - July 12, 2019
The New York Times bestselling picture book, Grumpy Monkey has been the perfect tool to help us teach our daughter about accepting feelings.

Where is the Green Sheep