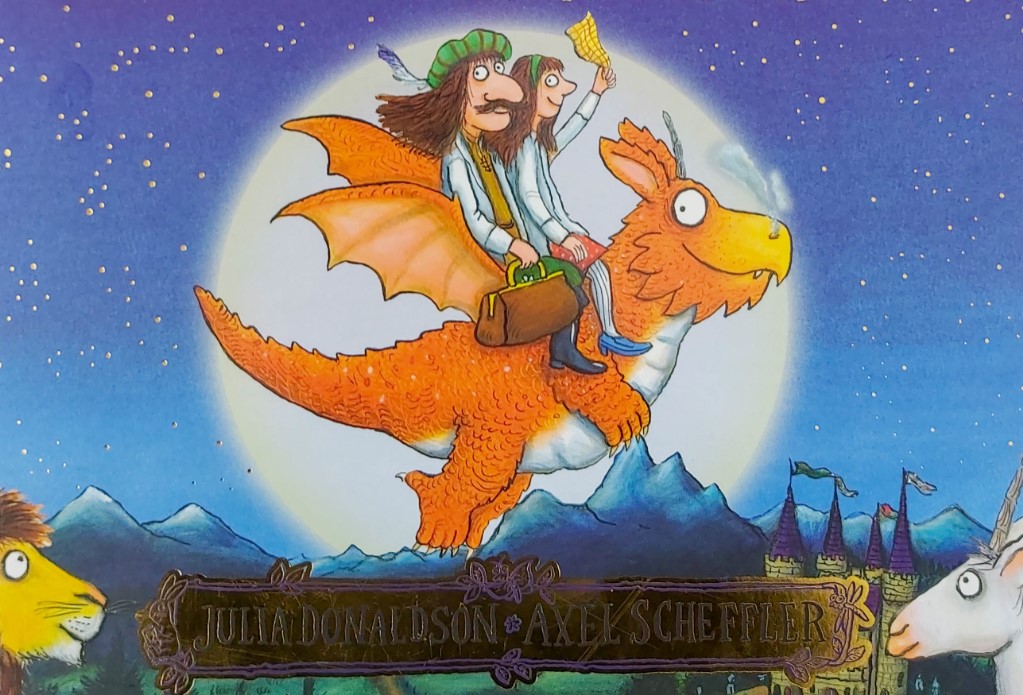 The Sunday Times once said, ‘’Julia Donaldson and Axel Scheffler are the Lennon and McCartney of Children’s publishing’’ …..

And I have to agree!

I have read at least one Julia Donaldson book every week for the last 6 years and it always comes back to Zog in our house.

When we discovered there was an original sequel to Zog, called Zog and the Flying Doctors, I have to admit…..even I was excited.

So excited that I ordered it straight away!

WE LOVE IT! It’s fantastic for fostering an early love of reading!

You don’t need to read the first Zog book before reading this one.  Whilst the characters are the same, the story is its own.

Julia Donaldson and Axel Sheffler have teamed up again to create another modern classic in Zog and the Flying Doctors.  This book is just a great all-rounder that’s sure to keep kids engaged throughout the entirety of the story.

Pearl dishes out the medicines and vaccinations, Gadabout is expert at operations and Zog …. He’s not so great at landing.

They help out a sunburnt mermaid, a unicorn who has grown an extra horn and a lion with the flu.

As evening falls, they call upon Princess Pearl’s uncle’s house. Except, instead of saying hello …. He tells Princess Pearl she has been naughty and says, ‘’Princesses can’t be doctors, silly girl!’’

He locks her up in the castle where she is forced to wear frilly dresses, sew pretty cushions and arrange pretty flowers.

The king comes down with a mystery illness that only Pearl knows how to cure.  Zog and Gadabout set about collecting the ingredients, which Pearl mixes together to create some medicine.

The King is cured after three mouthfuls, happily announcing that ‘’Princesses can be doctors – you were absolutely right!’’

Julia Donaldson is the prize-winning author of some of the world’s best-loved picture books, including modern classics such as The Gruffalo and The Gruffalo’s Child, which together have sold over 17 million copies worldwide. Axel Sheffler, who has illustrated many of her award-winning books has also illustrated this one and the pictures are delightful.

Zog and the Flying Doctors is just a great all-rounder that’s sure to keep kids engaged throughout the entirety of the story. It’s perfect for fostering an early love of reading!

Your Baby’s First Word Will Be Dada